Bloggerconf was brilliant! It was my first trip to it and I wasn't disappointed. I sadly missed the first couple of people as I woke up late but was scribbling madly from the time I got there!

‍Kirstie McDermott, Editor, of STELLAR Magazine was about to speak when I arrived. She was extremely engaging and although she comes from a more traditional background, she clearly demonstrated a knowledge of the other channels. One great take away she gave us was she had noticed a lot of bloggers had moved their blog from their website to Snapchat. The concern she had was first of all there was no SEO to come from this and that their content would be gone forever. Secondly, Snapchat maybe a channel that is favoured now but it may drop out of favour in months or years to come and there is no way of transferring this content to another channel at a later date (unless of course you download your story every day and put it up in Youtube like some people do). It is a position I understand of Kirstie's but some people could be downloading or possibly repurposing their material and using other channels to dish it out.

‍Debbie O'Donnell, series Producer of Xpose, TV3 was quite punchy and to the point in her presentation, a quality I quite admire! She was there to explain tricks of the trade to bring a blogger to capable broadcaster in a few easy steps. This could also include you going into a TV studio, not just at home.

Keith Browning came next from LinkedIn and from the talk in the room later, this was a hotly anticipated presentation. He didn't disappoint either, the only criticism I would make is he wasn't given long enough. He managed to squeeze out a lot of content and if I didn't have my phone/camera with me I would have missed loads. I have typed out his points and made it a checklist it was so good! See below.

I was delighted to make this talk and will definitely try and see him again when he pops up at a network!

David and Steven Flynn from The Happy Pear bounced on the stage and explained how their business started up and what their aspirations were for the future. This is the first time I have seen them outside of the shop in Greystones and their energy is extremely infectious. They are well recognised for their social media efforts and have recently had to outsource in order to keep up with their ever growing business! They said that the sunrise images that is such a well known part of their brand actually happened entirely by accident. One of the brothers was walking on the beach on a very early summer morning and took a picture of the sunrise and put it up their business page. It received so many likes and comments that they continued to do it and still do 12 years later! Great for brand imagery.

In fairness there was several speakers after this but I didn't get down very extensive notes! However, there was one young lady who left a lasting impression on me and that was:

Sinead Burke aka Minnie Melange, her address was entitled "The Internet gave me a voice and now I can't be silenced". She was hilarious and very relevant. She discussed how to conduct an interview someone properly in order to blog about it and gave us the following:

Sadly I had to leave shortly after this so only managed to get half the day down but it was great to meet so many lovely people and learn so much from the pro's. Whilst I was there I also won tickets to the Blog Awards this year, so looking forward to bumping into a few familiar faces there too!If you need any help with any of this, then please give me a call or email me at melanie@stomp.ie. 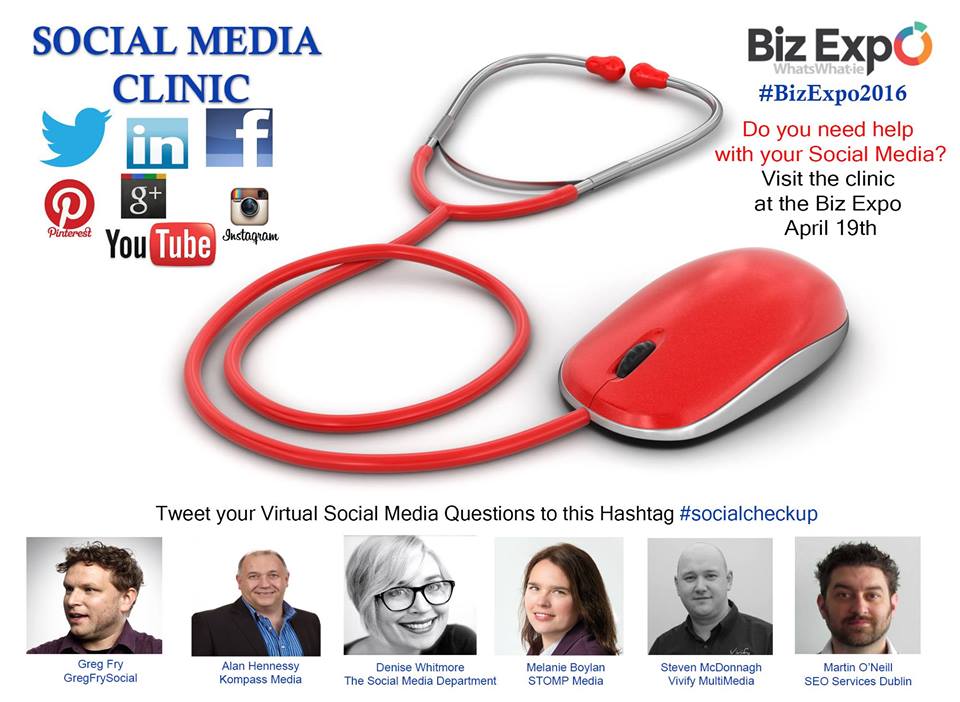 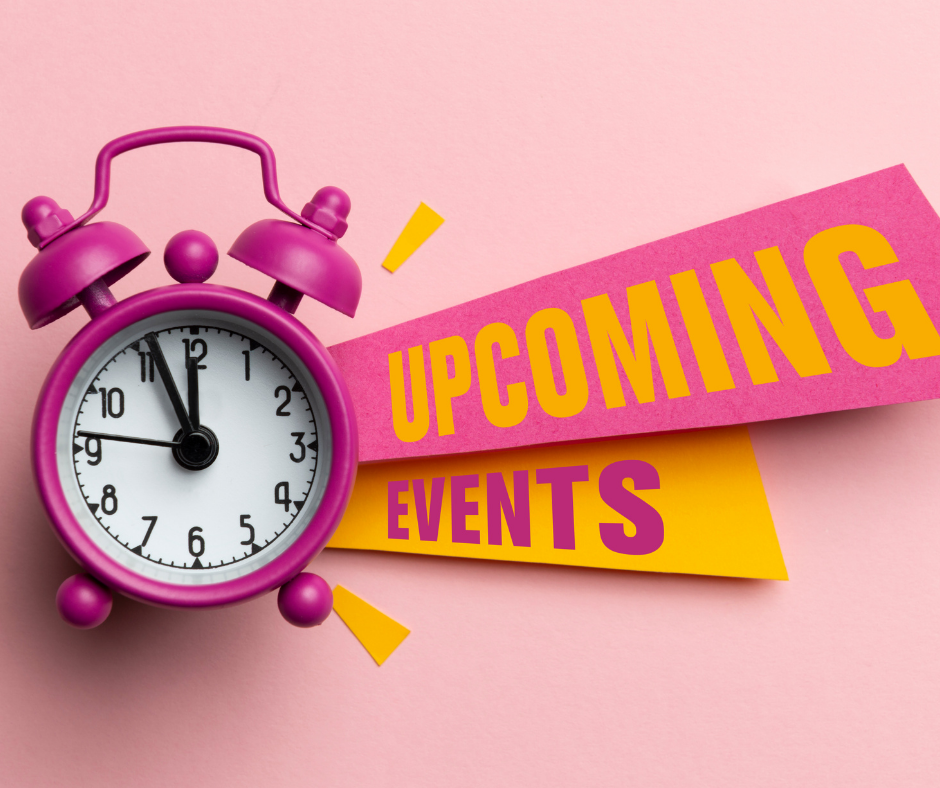 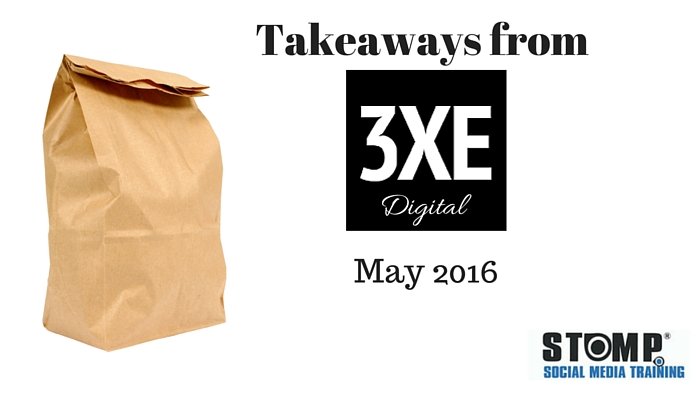 Takeaways from 3XE Digital May 2016
Read more
Event Write Ups and Takeaways
newsletter
Get valuable insights and tips in your inbox
Thank you for subscribing!
Oops! Something went wrong while submitting your information. Please refresh the website and try again.